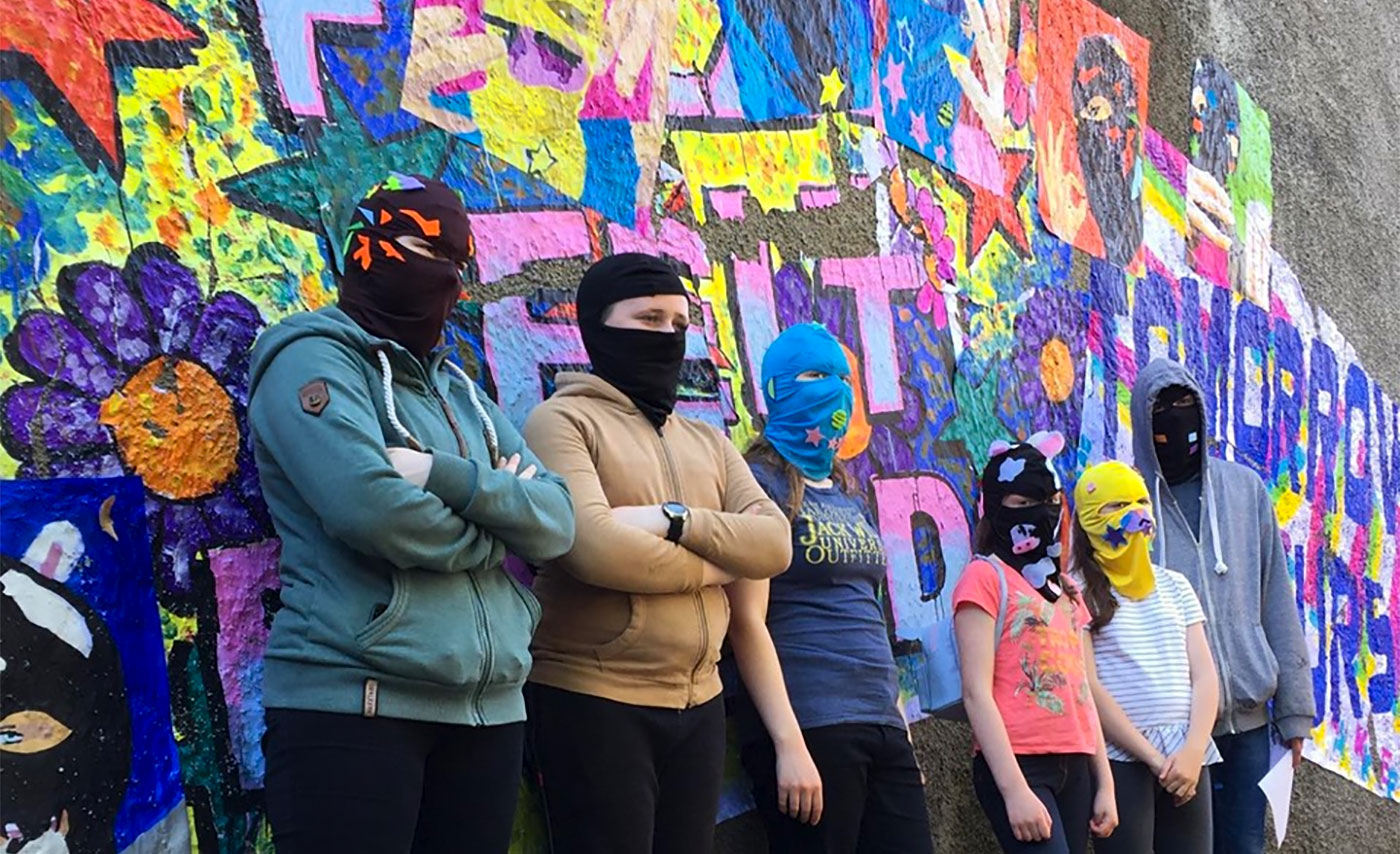 There are now plans for an E2M hub in the proposed new Canal Corridor development in Lancaster.

Jenny is the mother of four teenage girls, and said she realised the need for E2M in April 2018 when looking for something creative for her daughter to do. She said that so much creativity had been cut out of the school curriculum, and this, coupled with a 70 per cent reduction in spending on youth services, was having a serious impact on young people growing up.

Jenny said: “I looked for art, animation, film making, photography and cookery classes outside of school specifically for her age group and I realised that there just isn’t anything available.

“Of the things that are on offer for young people, there’s not enough variety, and there’s hardly anything that’s free.

“There are plenty of sporty things, but not everyone is sporty.

“This was when I realised there was probably a big gap in provision for young people, especially in the evenings and at weekends.

“So that’s when I decided to go around Lancaster and speak to people about it.”

Jenny spoke to local and national businesses, musicians and artists, who all expressed an interest, and this resulted in other people getting involved in the project, and the setting up of the charity, which raised £25,000 to build the website, set up the pilot courses and create the films.

In June and July this year, 25 free workshops were programmed and then filmed professionally to create an advert for the offical launch of the charity next year.

“We didnt expect to make any impact at such an early pilot stage, however we realised it’s not just young people that benefited, it also helped the parents and the carers.

“One mother cried on my shoulder saying how the workshops have helped her 11-year-old autistic son, who has been bullied at school and now struggling with depression, anxiety and suicidal thoughts.

“She can’t get him into CAMHS or find anything to help get him out of the house and socialise with others.

“She said the three different E2M workshops he had been on have not only really helped him, but given her respite.

“Another dad had tears in his eyes saying that he couldn’t believe what a positive experience his son was having and that he had been out of education for two years with depression and anxiety.

“Many parents and carers are tearing their hair out because they don’t know where to send their teenagers to socialise and make new friends in real life.

“Too much socialising is done via social media and there’s a real lack of opportunity to have face to face contact and meet young people from other schools.”

Part of the pilot workshops included making a film, which features interviews with Prof Dame Sue Black from Lancaster University, Lancaster and Fleetwood MP Cat Smith and GP Dr Andy Knox, amongst others.  The young people did their own research, asked the questions and filmed the interviews.

She said: “In a world that is so digitally connected, where communication is all pervasive and immediate, it is ironic that we have so many teenagers who feel alone and lonely.

“E2M is literally a lifesaver for young people in Lancaster, offering them new opportunities through activities, skills to learn, friendship and support. Lancaster University is proud to support the work that E2M does but regrets deeply that there is a need for this charity and that it will only continue to grow.

“It is so important that our teenagers of today can get the support that they need in a safe environment where they can be helped to develop and grow.”

Supt Richard Robertshaw, head of contact management at Lancashire Constabulary, said that over recent years the balance of police work had shifted considerably from that of “traditional” crime fighting work to the current position of in excess of 80 per cent of incidents reported to the police not directly linked to a crime having been committed. He said: “Much of this 80 per cent relates to issues associated with poor mental health – violence, substance abuse, homelessness, self-harm and attempted suicides.

“The innovative approach taken by Escape2Make is something Lancashire Constabulary fully supports.

“Working with young people to try to prevent mental health issues in a structured, empathetic and targeted way is a philosophy that will undoubtedly deal with the root cause of many of the crises that the police are called to respond to.

“Further, it is an approach that may well overcome criminalising young people at a very vulnerable time in their lives.”

Lancaster MP Cat Smith said that 14,500 youth and community workers had been lost nationally since 2010 with volunteers doing their best to fill the gap.

Jenny said that next year, the workshops will turn into courses for 11-18 year olds that will all result in a community event or social action project so young people get a boost.

Projects being considered include an outdoor pizzeria, a cabaret for the elderly, a heritage project and an engineering/green project. “At the moment we’re focusing on creating systems, new ideas, and creating the advert that we will use to recruit young people next year when we are ready to launch,” she said.

The idea is already gaining traction outside Lancaster. Arts Council England project Curious Minds are interested and see this as a a model that could potentially go elsewhere.

Jenny said: “There are thousands of bored, increasingly isolated teenagers out there with nothing to do, with social media and gaming making their problems worse.

“There are teenagers imploding in their bedrooms, under our noses in our communities, however the good news is that there are businesses, artists, colleges and universities all willing and ready to help.

“All we’re doing at E2M is putting the problem together with the solution, and getting the brand, model and methodology right and in a format that could easily be rolled out in other communities. The problem and the solution are universal. Lancaster could become a training centre for other places.”

“Our aim is that by the time a young person has finished a E2M course, they have made some new friends, learned some new skills and feel 10-feet-tall – with a real sense of belonging to the community and a sense of purpose that will inspire them to join in with more things,” she said.

“We want the workshops to always be free as we are passionate about giving equal opportunities to all 11-18s.”

Fundraising has now begun in earnest with young people from the National Citizen Service (NCS) taking over the E2M social media account and planning a festival later this month.

A fundraising event at The Dukes on November 14 will be presented and produced by 11-25 year olds.

“There are currently 1,900 young people not in education in the area so we are looking at how we can do our best to reach them as well as the remaining 10,500 that are in education,” Jenny added.

“We will not suddenly have a full calendar of events. It will start with a few courses which will grow as we become more established. Once properly established we would like to see E2M’s website offer a vast array of free things for young people to choose from.

“We would also like to have a flagship building built in the Canal Quarter. A place where they can go and create things, relax and socialise, but which will be like no other youth centre we’ve seen before.

“There are several young people currently working on the blueprint for a building with HPA Architects.

“E2M will only have one rule, which is ‘be kind’ which if you really think about it covers everything.

“Be kind to yourself, be kind to others and be kind to your environment. We have some innovative ways for how to enforce this which will ensure the building is truly approachable, safe and welcoming to all.”

This article is from the Lancaster Guardian 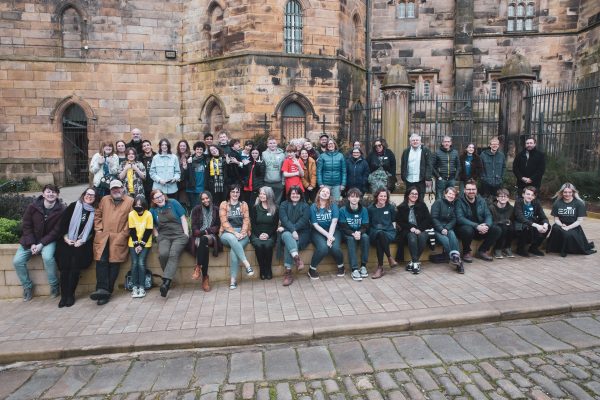 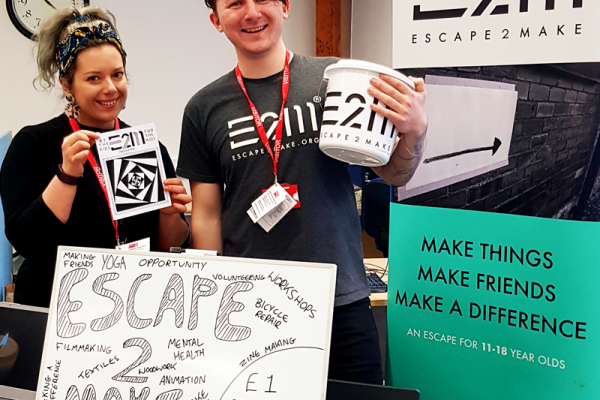 Escape2Make - A Youth Charity That Is Truly Youth Led

Find out about E2M’s first full-time employee, Kyle McKenzie, 23, and his journey so far. It’s always moving to hear 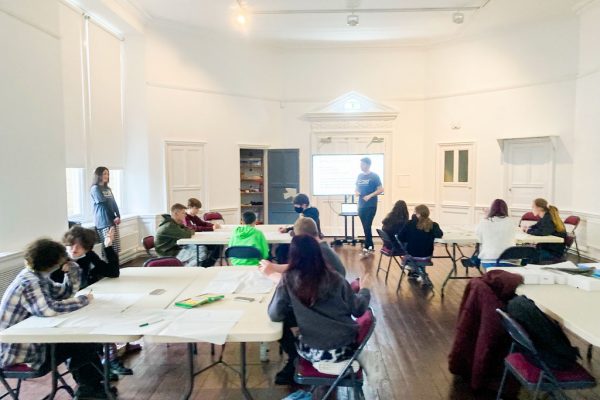 A Small Thank You for Making Such A Big Difference The E2M Blog no.2- by Kate Bowskill Establishing a new