An Escape2Make Business Breakfast was held in Lancaster on 7th October and was arranged by North Star Projects to raise awareness and funds for the charity.

“We wanted to hold a business networking morning to celebrate a fantastic charity that has been founded here in Lancaster and Morecambe. So, it was to represent Escape2Make to other businesses so they could come together and support a grass roots charity that has been founded locally, but with global ambition. I really want to see this model succeed. Already there is national interest in 18 towns across the UK that are in desperate need of supporting 11-18-year-olds. So, to have this started here and to have local businesses essentially be the founding members to see that succeed, is all important”

Key to what Escape2Make offer is that all the creative activities for 11-18s in the Lancaster and Morecambe area are FREE and inclusive, so funding is needed ongoing to sustain this vital work. It is a scalable model that is being piloted in the Lancaster District and replicable in other parts of Lancashire and the UK with interest as far north as the Shetland Isles and as far south as Devon.

The charity’s new Chair, Bill Kistler is an urban visionary and strategist. Leading roles in development, advisory and non-profit organisations have given him a unique perspective and global network. His experience includes being ex-Vice President of Disney, Managing Director of the International Council of Shopping Centres, and currently Founder and Managing Partner at urbanOvation. Bill gave an impassioned address as to why he feels the work is not only a necessity locally, but nationally, and beyond. Bill reflected:

“It was a privilege to meet Lancaster’s business and community leaders. I appreciate the support shown for the vital mission of E2M and the understanding of its importance to young people and the future of the city”

Delegates came from a diverse mix of local businesses, local authorities, and education to pledge support of their time, donations and fundraising and feedback acknowledged just how much we need to listen to young people and support their path.

“The fact that it is led by the young people is the key to this. That’s why E2M is different to anything I’ve seen before and that’s going to be the key to this being a success is the fact that the young people are saying “this is what we need” and as adults I don’t think we take the time to stop and listen, which is what you guys are doing. You’re not just listening and paying it lip service, you are taking action. Really inspirational! I’d urge any local business to get involved, have a listen, and give what they can. it’s a really difficult time for everybody, but this is the key to the future, and we have got to prioritise it!”

The charity will announce dates of future Business Breakfasts. Meantime, anyone wanting to become a Founding Friend can contact info@escape2make.org to find out more and pledge much needed support. 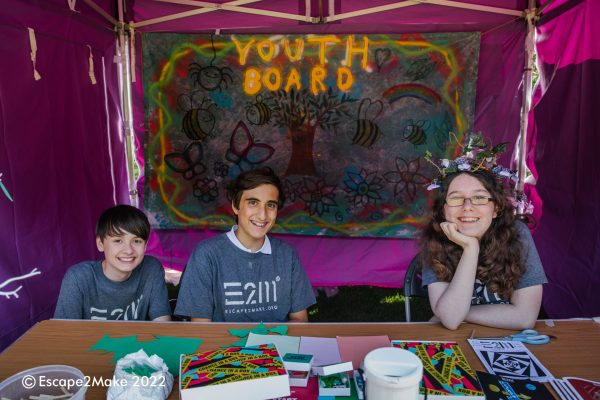 The Escape2Make (E2M) event took place at Lancaster’s Scotch Quarry on Saturday, an open invitation to the local community to 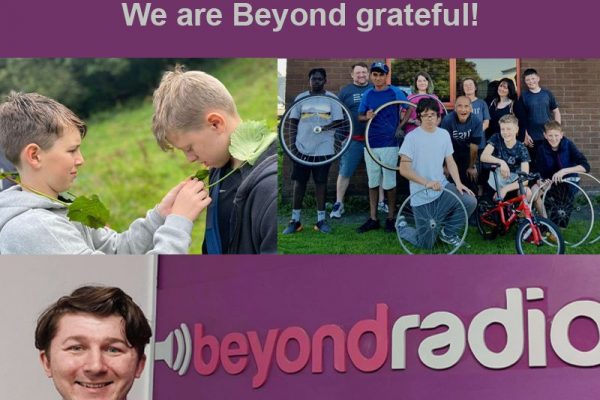 Escape2Make Production Executive, Kyle McKenzie spoke to Greg Lambert on Beyond Radio about the first ever E2M Green Fesival coming 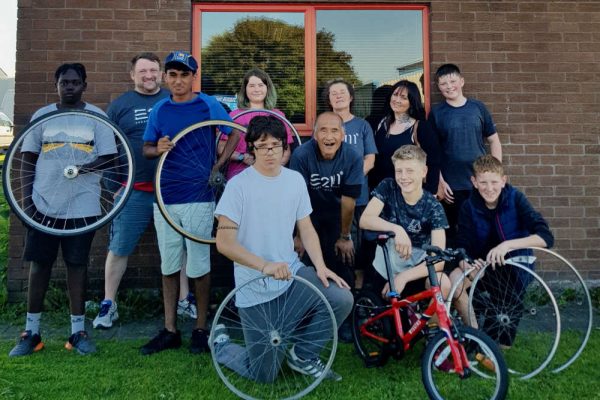 Over the summer, Lancaster and Morecambe youth-led charity Escape2Make (E2M) have been working with professional practitioners and artists to deliver